On my way into town from Heathrow Airport, the taxi passed parades of ladies and gentlemen dressed as if in a British television series – men in frock coats, top hats, or suits, and ladies wearing hats. There were large pastel-colored fine straw hats and little ones trimmed with feathers and netting, perched on ladies’ heads at coquettish angles.

As we approached my hotel in the St. James District of London, more and more elegant people appeared. They all seemed to be streaming in the same direction – towards us and away from Buckingham Palace.

Upon my questioning, my London cabbie said “Those would be the Queen’s Garden Party guests – a few times a year she invites people from all over Britain who’ve done good.” He explained that these good people were now all leaving that event to find taxis for themselves. He would clearly have no trouble replacing me when he dropped me off. 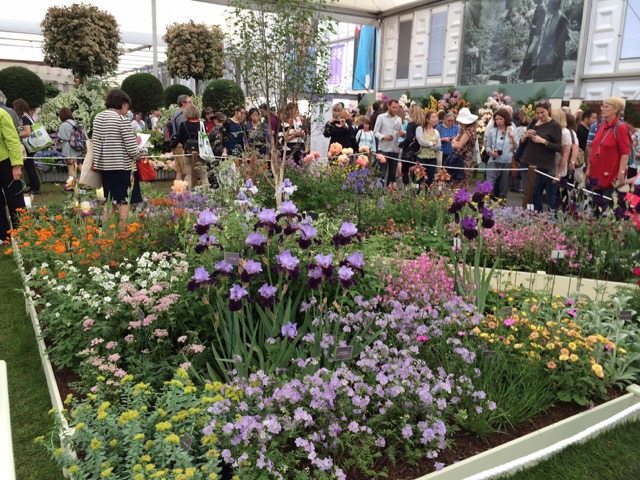 He went on to tell me that if I wanted to see more like this, I should attend the Chelsea Flower Show. It was opening that week at the Royal Hospital Chelsea, and the proceeds from the show would go to support the “Chelsea Pensioners” who live there. He warned me however not to take a cab – the traffic would be terrible. “Best way to get there is on foot,” he said – “only about a mile and half from your hotel.“ 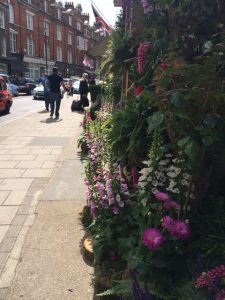 Although I was in London to attend the John Templeton Foundation’s Prize ceremony honoring Rabbi Lord Jonathan Sacks, I did have a day of down time, so I decided to go. The hotel Concierge managed to obtain a ticket for me, and I set out the next day to explore the event.

It was a delightful sunny spring day – perfect for a walk. On my way, I passed a couple of Palace Guards crossing the street for the Changing of the Guards, and knew definitively that I was in London.

As I approached the Royal Hospital, the Chelsea shops along the route seemed to be having their own flower show – competitions for whose window and sidewalk displays could be more festooned with their own creative gardens. 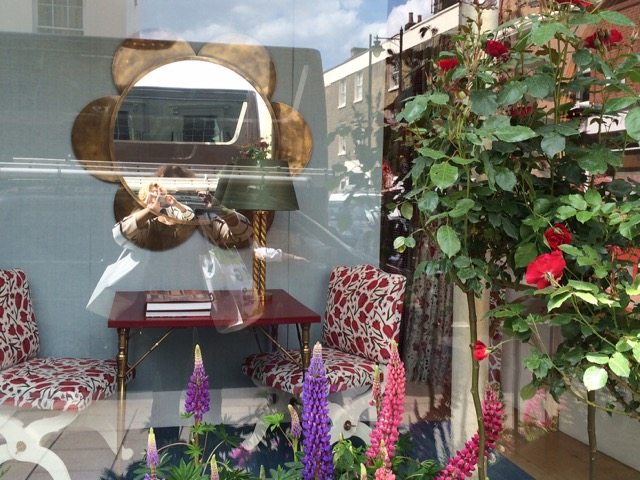 I knew I was very close when I saw, snaking along the sidewalk, the long line of people waiting to enter. Ticket in hand, I plunged into the crowd. We found ourselves funneled into a long alley way lined on both sides with booths selling every manner of flowered item – scarves, hand-bags, fine china, umbrellas, hats, and of course gardening equipment. At the entrance was an ice cream stand and beyond were the food vendors.

Like me, the visitors were dressed much more casually than the crowd leaving Buckingham Palace. It seems that the Royals and VIPs had been there the day before the show opened to the public. In Britain the Royals take their philanthropic events very seriously, and this one, it turned out, was one of their biggest.

But who were the Chelsea Pensioners? And how was this Royal Hospital different from so many other hospitals? Why all the fuss?